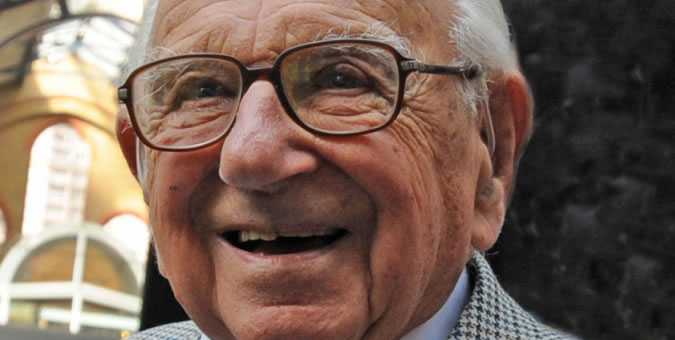 The event will feature readings from actors Jason Isaacs and Rupert Graves, who played the hero in one of the films about his wartime efforts, as well as CELLOSOUNDBIRMINGHAM -comprising 30 young cellists from the Birmingham Conservatoire.

Organised by the charity Glen Art, the event will be held at St john’s Smith Square the day after what would have been Sir Nicholas’ 107th birthday in May. Organisers said it would also include musical performances by descendants of those who owe their lives to him.

Glen Art director Fiona MacDonald said: “It was a great honour to meet Nicky and go to the opera with him. I think Nicky would be delighted that a concert celebrating his life will also do something positive for child refugees of today. He said: ‘Don’t be content in your life to do no wrong, try to do something good every day’. We are hugely grateful to the Spear Charitable Trust whose support means all funds raised from ticket sales will directly support the children of Syria.”

Renowned cellist Alexander Baillie was at school with the daughter of one of Nicky’s children and jumped at the chance to involve CELLOSOUNDBIRMINGHAM in the concert. “It is a privilege to introduce a new generation to the ethos of such a great man,” he said.