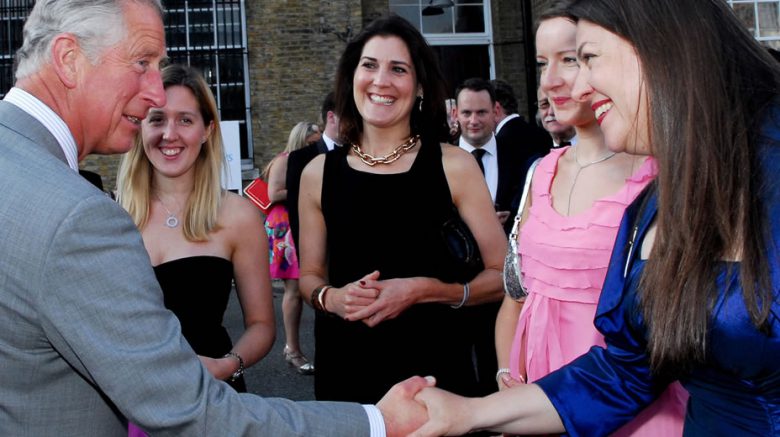 THEY DEDICATED THEIR LIVES TO SERVING HIS GREAT-GRANDFATHER.

Now HRH will honour Scots who fought and died in the First World War from an area particularly close to his heart: Balmoral.

The prince, known as the Duke of Rothesay in Scotland, will select the name of a fallen First World War soldier from the Crathie war memorial which stands opposite the gates of Balmoral Castle as part of a project by the Scottish charity Glenart to honour Scottish First World War veterans during next year’s centenary commemorations.

The war memorial at Crathie – halfway between Balmoral Castle and Crathie Kirk, where the Royal Family worship when staying at the Queen’s Highland home – lists the names of 28 men killed in the First World War trenches, most of whom worked on the Balmoral Estate.
The duke will select one of the names and, alongside the local community, help research the man’s background and history for a touring project, Voices of the First World War, next year.
Fiona MacDonald, who runs Glenart, said: “We asked Prince Charles to choose a name because of his links with Balmoral, and we know that he has a great interest in supporting our armed service personnel. We will link up with the community at Balmoral and research the story behind the name together.

“Later we will return and perform our evening of songs, poems and music from the First World War, including The Lads In Their Hundreds by Butterworth, and In Flanders Fields by John McCrae. We will include the story of the person chosen from the local war memorial in the performance, and their story will influence the poems and songs for that particular programme.”

The Duke and Duchess of Rothesay have their own residence, Birkhall, at Balmoral, and the duke is said to enjoy spending time on the estate. The war memorial, decorated with a Celtic-style cross and sword, was unveiled by King George V on 3 September 1922 and is dedicated to men from the estates killed in the First World War. Names of those lost in the Second World War were added later on.

“Most of these men would have known King George V personally,” said the Rev Kenneth MacKenzie, domestic chaplain to the Queen and minister for Crathie Kirk.

“They are names of families who have been around here for generations, names who generations of the Royal Family would have been familiar with. Balmoral was by far the biggest employer round here back then, so a good number of them were men who had worked on the estate.”

A poppy-laying ceremony will be held at the memorial today to mark the fallen, and all 28 names will be read out during a later service at Crathie Kirk.

“It is particularly poignant this year as we go into the centenary,” said MacKenzie. “It’s good to have the Duke of Rothesay mark it in this way.”

Glenart was founded to encourage artists and musicians to use their talents in the service of those who have served in the armed forces. It raises funds for larger military charities including Combat Stress, Gardening Leave, the Afghanistan Trust and ABF the Soldiers’ Charity.

Its Voices of the First World War project will work with a number of communities, telling the stories of individuals commemorated on war memorials through music and poetry.

MacDonald, who founded the charity and named it after a relative who served as a nurse and was killed on the Glenart Castle, a hospital ship that was torpedoed in 1918, said: “For most communities we are going to tour to, a local group will choose and research the name on the war memorial that they choose, but some will be chosen by individuals.

“I chose my cousin Mary Mckinnon from the Arisaig War Memorial, as she is very much the inspiration behind the Voices of the First World War project and Glenart as a charity.

MacDonald said it was important that the First World War was marked, and its centenary used as an opportunity to discuss issues around war that are still relevant today.

“There are so many questions over the First World War, and so many over current conflicts,” she said. “What I am clear about is that the courage and suffering of the men of the First World War is the experience of our soldiers in Afghanistan. The fear that separated men from their breakfast before going over the top is the same fear of the IED on a patrol, and still they go, with absolute trust in each other, and commitment to give their life if necessary to save their friend.”