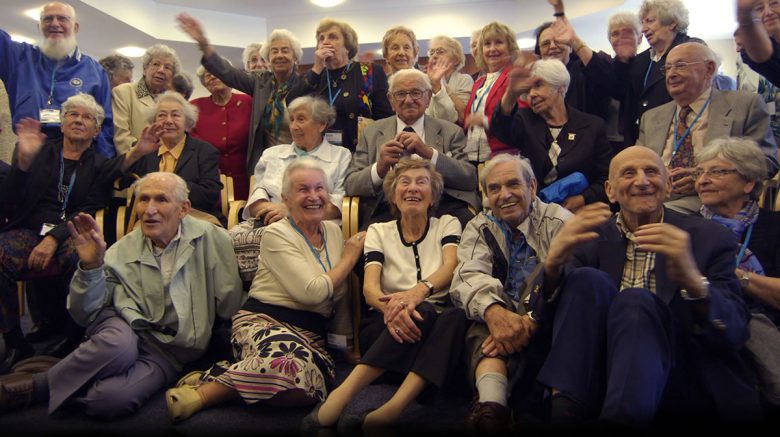 REMARKABLE EFFORT OF ONE MAN TO RESCUE 669 CZECH CHILDREN

Nicky’s Family is a retelling of the remarkable efforts one man took to rescue 669 Czech children from death during the Second World War. Sir Nicholas Winton was a young English businessman who helped the children of Jewish refugees to escape Nazi clutches in Nazi occupied Czechoslovakia. An inspiring tale of courage and compassion, this multi-award winning drama-documentary is a fitting tribute to the life of Winton.
Barbara Winton, the daughter and biographer of Sir Nicholas Winton will introduce the screening. Followed by a Q&A and book signing of ‘If it’s not impossible’, a biography of Sir Nicholas Winton. Unfortunately John Fieldsend will no longer be able to attend the screening. Presented in association with Glen Art.